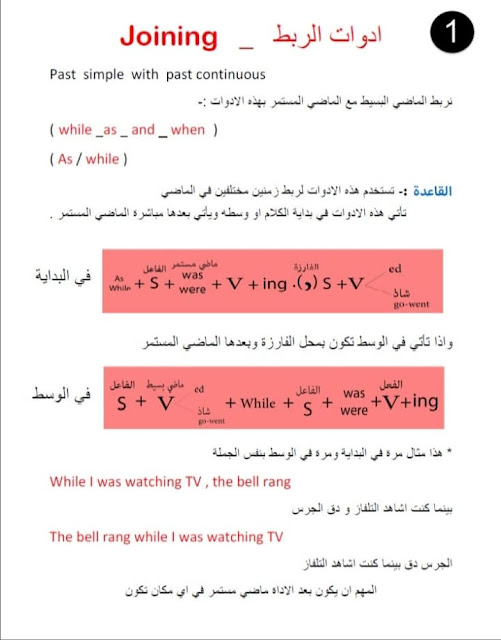 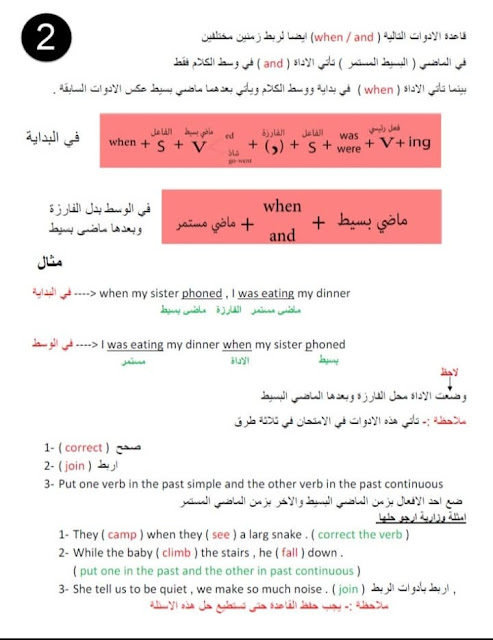 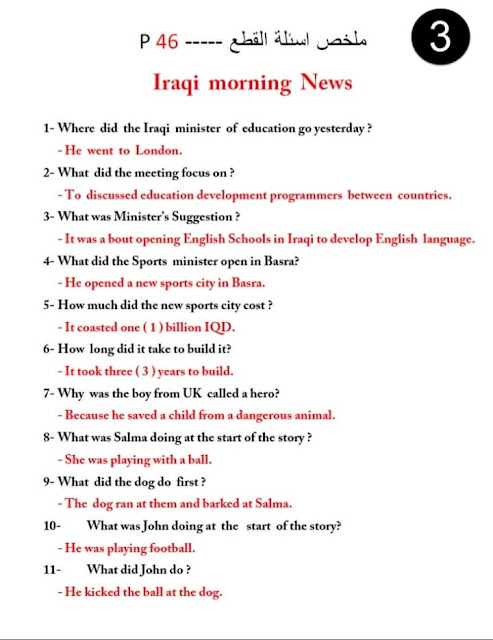 1- Where did the Iraqi minister of education go yesterday ?
-He went to London.
2- What did the meeting focus on ?
- To discussed education development programmers between countries.
3- What was Minister's Suggestion ?
- It was a bout opening English Schools in Iraqi to develop English language.
4- What did the Sports minister open in Basra?
- He opened a new sports city in Basra.
5- How much did the new sports city cost ?
- It coasted one (1) billion IQD.
6- How long did it take to build it?
- It took three (3) years to build.
7- Why was the boy from UK called a hero?
~ Because he saved a child from a dangerous animal.
8- What was Salma doing at the start of the story ?
- She was playing with a ball.
9- What did the dog do first ?
- The dog ran at them and barked at Salma.
10- = =What was John doing at the start of the story?
- He was playing football.
11- What did John do ?
- He kicked the ball at the dog. 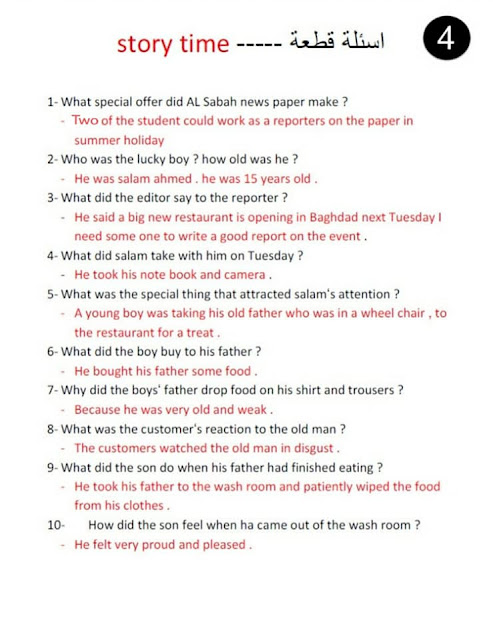 - Two of the student could work as a reporters on the paper in
summer holiday
2- Who was the lucky boy ? how old was he ?
- He was salam ahmed . he was 15 years old .
3- What did the editor say to the reporter ?
- He said a big new restaurant is opening in Baghdad next Tuesday |
need some one to write a good report on the event.
4- What did salam take with him on Tuesday ?
- He took his note book and camera.
5- What was the special thing that attracted salam’s attention ?
- Ayoung boy was taking his old father who was in a wheel chair , to
the restaurant for a treat .
6- What did the boy buy to his father ?
- He bought his father some food .
7- Why did the boys’ father drop food on his shirt and trousers ?
- Because he was very old and weak .
8- What was the customer's reaction to the old man ?
- The customers watched the old man in disgust .
9- What did the son do when his father had finished eating ?
- He took his father to the wash room and patiently wiped the food
from his clothes .
10- How did the son feel when ha came out of the wash room ?
- He felt very proud and pleased . 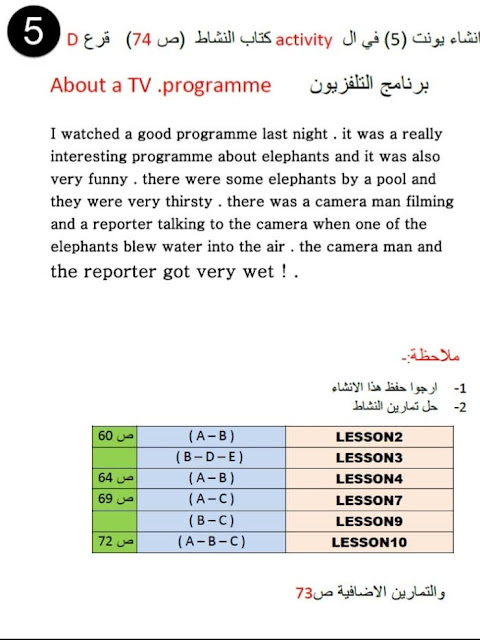 I watched a good programme last night . it was a really
interesting programme about elephants and it was also
very funny . there were some elephants by a pool and
they were very thirsty . there was a camera man filming
and a reporter talking to the camera when one of the
elephants blew water into the air . the camera man and
the reporter got very wet !.
=====================
مهم لك عزيزي الزائر  للحصول على جميع الاخبار تابعنا على:
اضغط للأشتراك بقناتنا على التلكرام
نوفر لكم تحميل مباشر وفق منهج العراق اي ملزمة لجميع المراحل الدراسية في العراق بأحدث المناهج ، و ما توفر من الملحقات التعليمية وأدلة المدرس